Making Lemonade from Lemons (or Lemongrass) 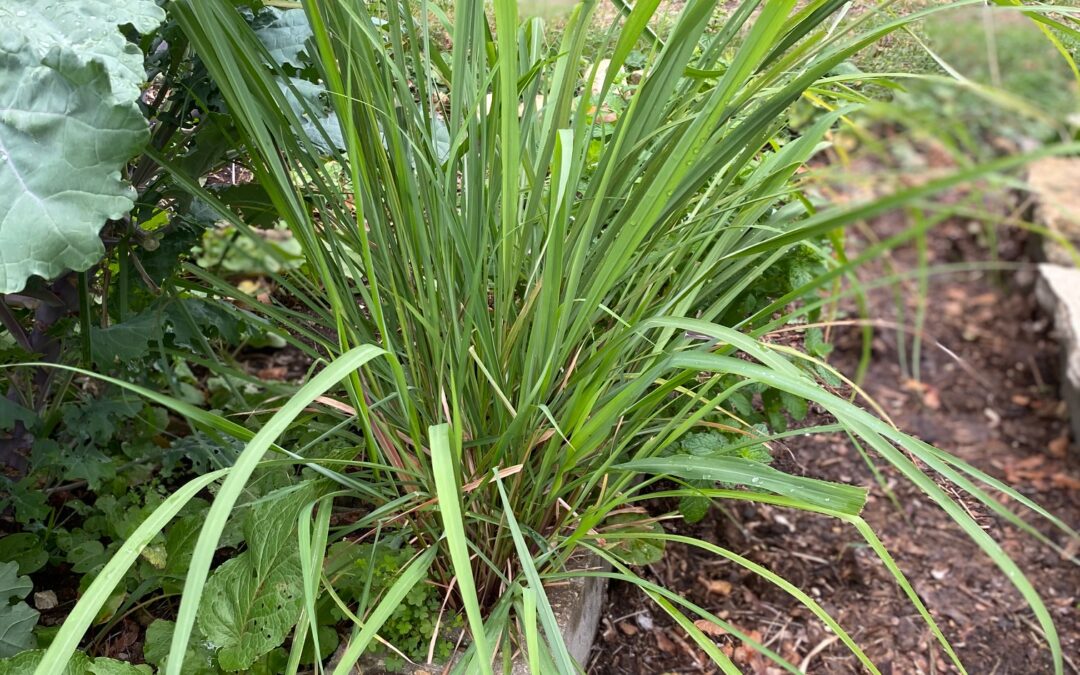 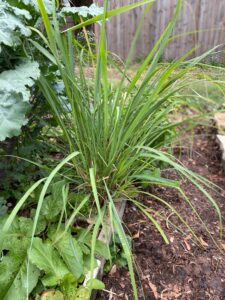 It was almost the classic herbal error. I had harvested the plant and boiled water. My mug was ready to go. And, at the last minute, I said to myself that I should do some quality control. Heck, I lecture medical students to be completely sure about a plant species prior to ingesting, buying, or prescribing it.

No lemon scent! I’ve been duped!

So, I smelled. I crushed the leaves between my fingers, and smelled again. I used my powers of imagination, and smelled for yet a third time. No, those slender, freshly harvested leaves were definitely NOT lemongrass. And, as a final test, I compared it to the lemongrass start growing just a few feet away in the same raised bed that I had purchased as a start from a well known local vendor of garden plants. Well known local vendor’s plant: very lemony. My plant: not lemony.

My own lemongrass colony?!?

Where had I gone wrong? I did some mental detective work and determined that I’d been tricked, three seasons ago. In the fall, my clump of lemongrass had some flowering stems that eventually went to seed. “What luck!” I’d said at the time. I could collect those seeds, save them through winter, and plant them in the Spring. And, voila! I’d have my own lemon grass colony. Seemingly, this planned worked like a Barcelona soccer team playing the beautiful game. Perfectly! I soon had tufts of grass growing wherever I’d sprinkled the seed in my raised garden bed. I truly did have a green thumb. Just wait ‘til the Instagram post about my multi-month effort that paid off in medicinal benefits! I’d take it on the road! I’d be the lemongrass version of Johnny Appleseed! I could see the headlines now!

What would the Onion newspaper say?

Until the plan went awry and the Onion newspaper would be the only headline I’d get. “Doctor Herbalist Makes Tea Out of His Front Lawn”, or “Grass for the people, says herbal doctor”, or “Save your grass clippings for fledgling tea company.” Because, in fact, that is probably what I was growing, your garden variety (pun intended) weedy grass that had likely invaded last year’s lemongrass, been promptly harvested, coddled through the winter, and sowed in fresh dirt with tender loving care, finally ending up in a tea cup waiting to be infused.

Not all grasses are created equal. This is a perfect example of herbal misidentification, and it probably happens more often than we think. My own research has shown that when people think they are using/picking/growing peppermint, it’s likely spearmint, or, occasionally, oregano. Plants can masquerade as others, and we can be tricked. The result of this mis-use is that we may not be receiving the medicinal benefit we are hoping for. With respect to peppermint, it has high levels of the essential oil menthol, whereas spearmint has lower levels. And, in some cases it is the menthol that provides most of the benefit for pains (topically) or digestive issues (internal use). In the case of lemongrass, I want the lemon flavor/aroma because that indicates the presence of citral, a chemical blend of the two essential oils, neral and geraniol. Citral has been well-researched, but tracking down clinical (human) research on lemongrass to support its traditional use is a bit more elusive.

Some of the clinical trials on lemongrass show us that:

Lemongrass tea is consumed throughout the world, in some places more than others (Aggarwal, 2011). It should be easy to find the perfect recipe, right? One of my favorite databases (which will go unnamed) provided dosing information that was really unhelpful and impractical. So, I went on a hunt for who had the best recipe for lemongrass tea, not only just for taste but for the most medicinal punch, so to speak.

First, there is an important distinction. Hot water can be poured over lemongrass leaves to make an infusion (which we usually call a tea), whereas the stems can be boiled to make a drink (technically a decoction, but we also usually call that a tea) or added to recipes to flavor food. 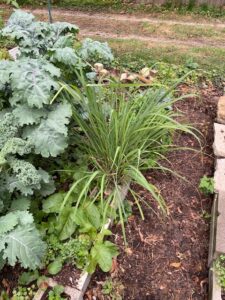 Alright, let’s say you have lemongrass leaves. You were growing the plant in your garden and then cut some of them off to make a refreshing beverage. How much in how much water?

I cup of hot water (boiling or less than boiling)

The taste is better (in my opinion) when the steeping infusion is covered, and the taste really develops right around 3-5 minutes. An uncovered infusion loses some of the essential oils into the air, exactly those oils (like lemony citral) that contribute taste and medicinal benefit. Your infusion will have a stronger flavor if you use two Tablespoons.

Enjoy! And think about the fact that by preparing and drinking lemongrass tea you are participating in a healing ritual that goes back centuries and crosses many international boundaries. No passport nor time machine necessary!

Please share any fun, tasty lemongrass recipes, especially something chilled. When I wrote this, I was sitting in the hot, humid Wisconsin summer, realizing that lemongrass tea is great, but I was pining for something a bit more on the cooler side. When, hello Fall! Maybe now’s the time!

Thank you! Now just your email for a confirmation.